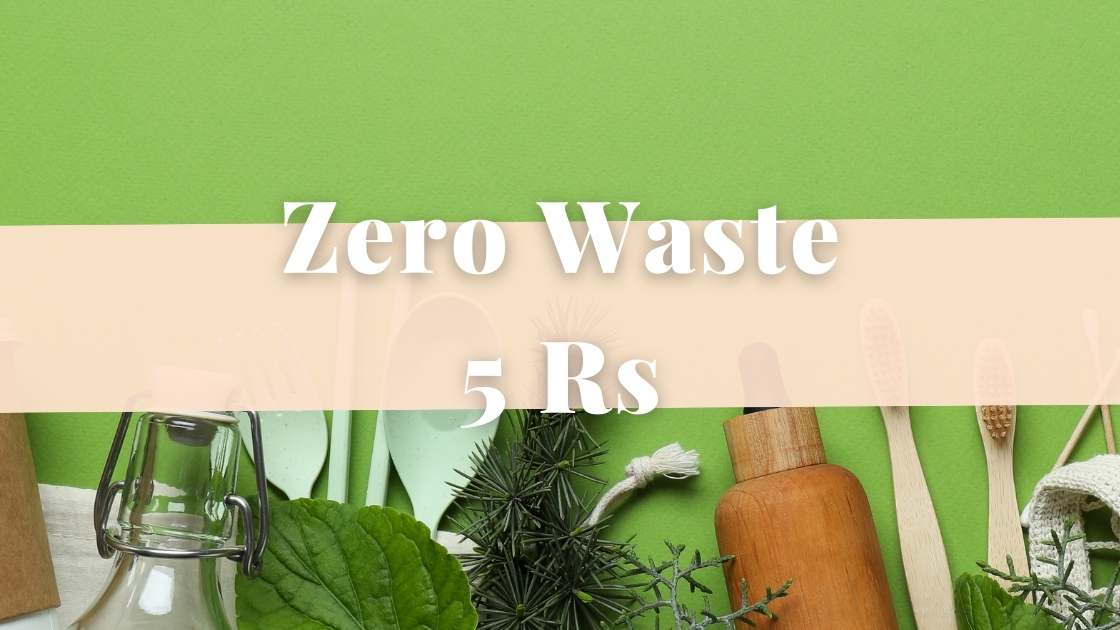 It’s no secret that our world has produced a lot of waste. We throw away almost everything we produce, polluting the environment and depleting natural resources.

In response to this global issue, there has been an increased focus on producing less waste and finding innovative ways to reuse materials instead of throwing them away after their initial use. This movement is known as zero waste, and it encourages people to reduce the amount of trash they generate and get creative with how they reuse materials.

The five rs of the zero waste movement explained

There are many definitions for zero waste, but most agree that it means achieving as close to zero waste as possible. There are several variations on how exactly to achieve this goal, but the general principles remain the same: Refuse, Reduce, Reuse, Recycle and Rot. Let’s take a closer look and explain the five Rs of the zero waste movement:

The benefits of the 5 rs applied to waste management

When applied correctly, the 5 Rs can help prevent pollution, save money, and reduce the total amount of waste generated by your business or organization. Reducing, reusing, and recycling are all great ways to reduce the amount of waste you produce. You can also try to prevent waste from happening in the first place. This can be done by buying materials that are reusable or recyclable rather than ones that are one-time use only.

The five Rs of the zero waste movement provide people with a simple way to reduce the amount of waste that they produce. When you follow the five Rs, you’re doing more than just saving money and time. You’re also helping to save the planet and curbing the amount of waste you create.

Now that you know what the 5 Rs are, we’d love to hear from you!

Larissa is the author of this blog and a vegan, digital nomad, and fully devoted to sustainability and zero-waste lifestyle.

I love to share my passions with others, so if you have any questions about what I do or just want to exchange experiences, feel free to message me!

We’re creating content that inspires people to learn about zero waste, reduce their waste, and live a more sustainable life.

We want to spread awareness about the negative effects of our current waste-based society and show people how they can improve their lives by reducing waste and embracing sustainability.

One person at a time, we can make a huge impact on the world.

Stay tuned for more blog posts about sustainable living. If you want to stay up to date, sign up for our email list. Trust us, it’s spam-free.